How to Stop Judging Others 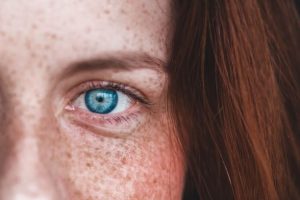 Last night at dinner, several of my friends started discussing the book, The Education of Little Tree. If you haven’t read it, the story tells about an innocent young Cherokee boy growing up with loving grandparents in a world unsympathetic to Native Americans. It’s a magnificent, lyrical, wise and sensitive story, perhaps one of the most beautiful books ever written, but ironically, the author, a man named Forrest Carter, was a white supremist who founded a paramilitary chapter of the Ku Klux Klan and wrote speeches for the racist governor of Alabama, George Wallace. He authored the famous, “Segregation today, segregation tomorrow, segregation forever,” ditty. He also shot two people in a dispute over money, ran for governor on a white supremist ticket, and lied about his identity, even when being interviewed on the Barbara Walters show.

Certainly it’s happened before in history that scoundrels have produced transcendent art, that nasty people have contributed great things to the world. In the case of Forrest Carter, the contradictions between his exquisite art and his malevolent life seem almost unfathomable. But is it really that unusual for we humans to house such extremes within ourselves—to be so amazingly sensitive and wise on the one hand, and so profoundly wicked on the other?

That’s the question that another friend at the table raised. He’s a psychiatrist who is one of the nicest people on the planet, but he said that when stuck in traffic, he feels a genuine urge to murder someone—anyone, in fact. He suggested that we all embrace the same dichotomy—the divine angel within, and the evil devil, too. His profound honesty jolted me into self-inventory, and I had to admit that I have met the monster within myself.

Okay, so we all know we have a dark side, and that the secret to being good is to choose the light within instead of the gremlin. There’s plenty of spiritual guidance out there telling us how to handle all that insecurity, anger, fear, sadness, and so on and flush it down the cosmic toilet. The idea is that by living right and cultivating light, we can, in fact, completely transcend our ugly side.

But there’s a danger inherent in the quest to embrace our higher nature, and sometimes the self-actualization tomes forget to mention this. It is so easy to judge human darkness in others, and so easy to forget about it in ourselves. This is so obvious that it’s almost embarrassing—but it’s essential to remember. There is a treacherous place we all can step into in trying to “be spiritual”—a place where we not only judge others for manifesting what we have simply stopped paying attention to in ourselves, but where we delude ourselves into thinking we are entirely different from them. And while we might have overcome certain tendencies in ourselves, while we might embrace more light than the typical criminal, for instance—the second we think, “Oh, how could anybody do what he did?” we step into the land of denial. By mentally separating ourselves from those who act badly, we create more delusion, more ignorance, less compassion, less honesty within, less integrity and humility, and ultimately, more darkness.

The next time you find yourself amazed at somebody’s ignorance or violence, immediately turn your attention to self-reflection. Ask yourself when you had your last ignorant or violent thought. Offer gratitude that you have found a way to move past such thoughts instead of acting upon them. Offer love to yourself for being such an amazing complex of various energies, for the beauty of the light and the dark all mixed together within you—for being a human. And then recognize that the “bad” person is a fellow traveler, not that different from you, and mentally offer compassion that the burden he or she currently carries is so dark and heavy.

Four Ways Music Can Heal You

I have over 20 years of life coaching and counseling experience. It would be my honor to assist you in exploring your issues and moving toward a healthy, fulfilling life. Offering life coaching online by video, telephone, or text.

"I'd love to hear from you. Contact me to schedule a free 15 minute consultation."